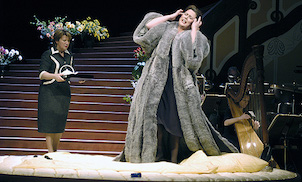 I've composed a couple of pieces which have been played worldwide, notably Les Bonnes (The Maids), the internationally most played opera of all Swedish operas, and Schakt, a ballet which has become a modern classic.

As an organist, I've specialised in late-romantic symphonic French music and contemporary organ music. I have played with orchestras both as a soloist and as an ensemble player and given a number of first performances.

I have 40 years of professional experience and a deep love for dynamic languages such as Lisp. I am the author of Ocean, an open source framework for Ruby on Rails HATEOAS microservice architectures with Continuous Deployment in the AWS cloud.

The Swedish composer, organist and choirmaster Torsten Nilsson (1920-1999) would have celebrated his 100th birthday this year. Read More ›