“Magnificat” is the second video by Frivox Ljudbiten and Pär Fridberg featuring Peter Bengtson performing Torsten Nilsson. The first one, “Crucifigatur”, is here.

“Magnificat is the name of the ecstatic hymn of praise into which Mary bursts as the Archangel Gabriel appears to inform her of her imminent pregnancy. There exist numerous musical settings of it, from simple Gregorian chant to elaborate versions for soloists, choir and orchestra.

Torsten Nilsson, however, calls his setting from 1968 “a different kind of Magnificat”. He writes:

A sensual dance is preceded by an extended ’courtship’. The coupling is cataclysmic, and the dance leads to a violent ecstasy.”

The key to Torsten Nilsson’s Magnificat lies in its dedication “to Beatrice”. This brings Dante Alighieri’s Beatrice to mind: the literary, idealised female figure who guided the poet through Hell and Purgatory to Heaven. The score confirms this: the long courtship, with flaring, passionate episodes, leads to a section called Aufforderung zum Tanz, “Invitation to Dance”, and the ensuing dance is marked alla danza infernale, “like a hellish dance”. It even features a Cadenza Infernale, leading to an almost unbelievably ecstatic section which eventually reaches its climax in a gigantic, resplendent major chord, after which the piece returns to the more intimate sounds of the introduction, resounding into the infinite as it were, dying away in a sonority encompassing all twelve tones of existence. 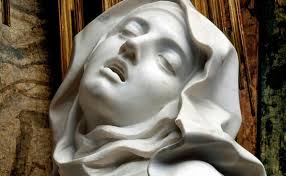 Artists interpreting the idea of union with the divine in overtly sexual terms is nothing new. Mystics throughout the ages have done the same. A famous example is Bernini’s sculpture L’Estasi di Santa Teresa from 1652, depicting the saint Teresa of Avila in orgasm, penetrated by the golden spear of an angel. The point is that no difference is made between spiritual rapture and sexual ecstasy. This also applies to Torsten Nilsson’s Magnificat.

This is really everything you need to know. But then you might have noticed that things don’t quite seem to tally up. The Biblical text has no reference to Hell, and Dante lived much later. So where does all the Hellish stuff come from?

Whoever is interested in a deeper understanding of the work should know that there was a woman of flesh and blood in Torsten Nilsson’s life, also by the name of Beatrice. The score just says “To Beatrice”, not “To Dante’s Beatrice.” The dedication thus is deliberately ambiguous: on one hand the public one, to Dante’s wholly spiritualised Beatrice, on the other, a secret dedication to an earthly Beatrice who for the composer fulfilled a similar role to Dante’s Beatrice. Both interpretations are true and valid, but the impetus of the work lies with the earthly woman. The similarity in name made the references to Dante and to Hell possible, but the central point is the female figure guiding the artist through a hellish time. This is the very inspiration behind the work: “You are my Beatrice!”

It is thus possible to listen to the work in different ways. It is a different kind of Magnificat, describing the union with the divine in clearly sexual terms as a cosmic act of creation through a cataclysmic coupling between the Virgin Mary and the Holy Spirit. But it in equal measure describes a purely earthly and human act of lovemaking. Listening to the work makes you realise that there is no contradiction. All that matters is the intimacy and the ecstasy.

Those two components form the emotional foundation of Torsten Nilsson’s music. For the emotionality is absolutely central, something which also was personally true of Torsten Nilsson. He was extremely emotional, not to say neurotic, sometimes outright choleric. A former chorister says: “His music, both wistful and dramatic, had an aggressive energy to which you couldn’t help but submit. And then his wonderful childishness when he cried with joy every time we sang Uti vår hage; after which, in the small hours of the night, he would then lambaste us all for hindering him from writing his symphonies.”

This bipolar streak, combined with a certain uncompromising quality, of course gave rise to many conflicts, not least in ecclesiastical circles. He once applied for new curtains for his choir’s rehearsal room. The application was denied with the astonishing motivation, “You’d only be snogging behind them anyway” – a not entirely unfounded assumption. “Nox Angustiae” was originally called something else, but had its title as well as its entire text replaced after a row with the original author. And when Torsten Nilsson finally ended up in a major schism with his Parish Council, he quite simply resigned after 20 years, taking his choristers with him across the road to the Museum of History where they continued to make music together. 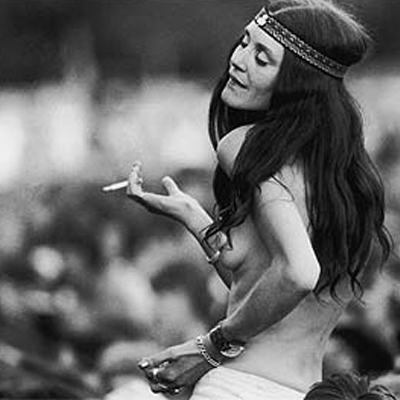 The Parish Council was of course entirely right about what transpired behind those curtains, but one must remember that this was very much the 60s and 70s of Free Love. A prominent British concert organist once asked me whether what they had heard at the Royal College of Music in London about Torsten’s parties really was true…? Of course it was. That’s what every progressive did in those days, fifty years ago, when the times and the virus situation were simpler. Moreover, can anyone but smile lovingly at the image of Torsten at the afterparty for “Nox”, frying eggs on Good Friday morning at 4 AM, only wearing a kitchen apron? That too is an image of the essential freedom of art, and of an artist’s humanity. There is a message there for our increasingly Neo-Victorian time.

Torsten Nilsson’s life and music were generally characterised by a desire to explode all boundaries, for better or worse. This was of course completely in line with the spirit of the times: in society as well as in musical life, optimism and belief in the future still prevailed. Progressiveness was a natural thing. What is interesting, however, is that expressionist and therefore basically romantic music definitely wasn’t fashionable. Quite the contrary. Such music was seen as unfit for educated circles, even as decidedly suspect – the ideal was to distance yourself from all tumultuous subjectivity and instead cultivate the objective and intellectual. Pieces were expected to have bone-dry titles like Bewegung/Kongruenz IV. The reason for this was that it was maintained that the cult of the subjective principally was to blame for having driven humanity to create Auschwitz. Whoever still wrote emotional music post World War II was seen as naive and irrelevant.

In that somewhat dogmatic environment Torsten Nilsson did exactly the opposite, and he did it in church. He wrote music that sought to explore emotional and perceptional extremes. The score to Magnificat has instructions ranging from “very noisily”, “ecstatically”, “obdurately and grandiosely”, “full of aches and pains”, “negligently”, “extremely irregularly”, to “very affectionately”, “expiring”, “into the infinite”. Being so subjective is a risky thing, but the crucial factor here is that the music fully justifies it. 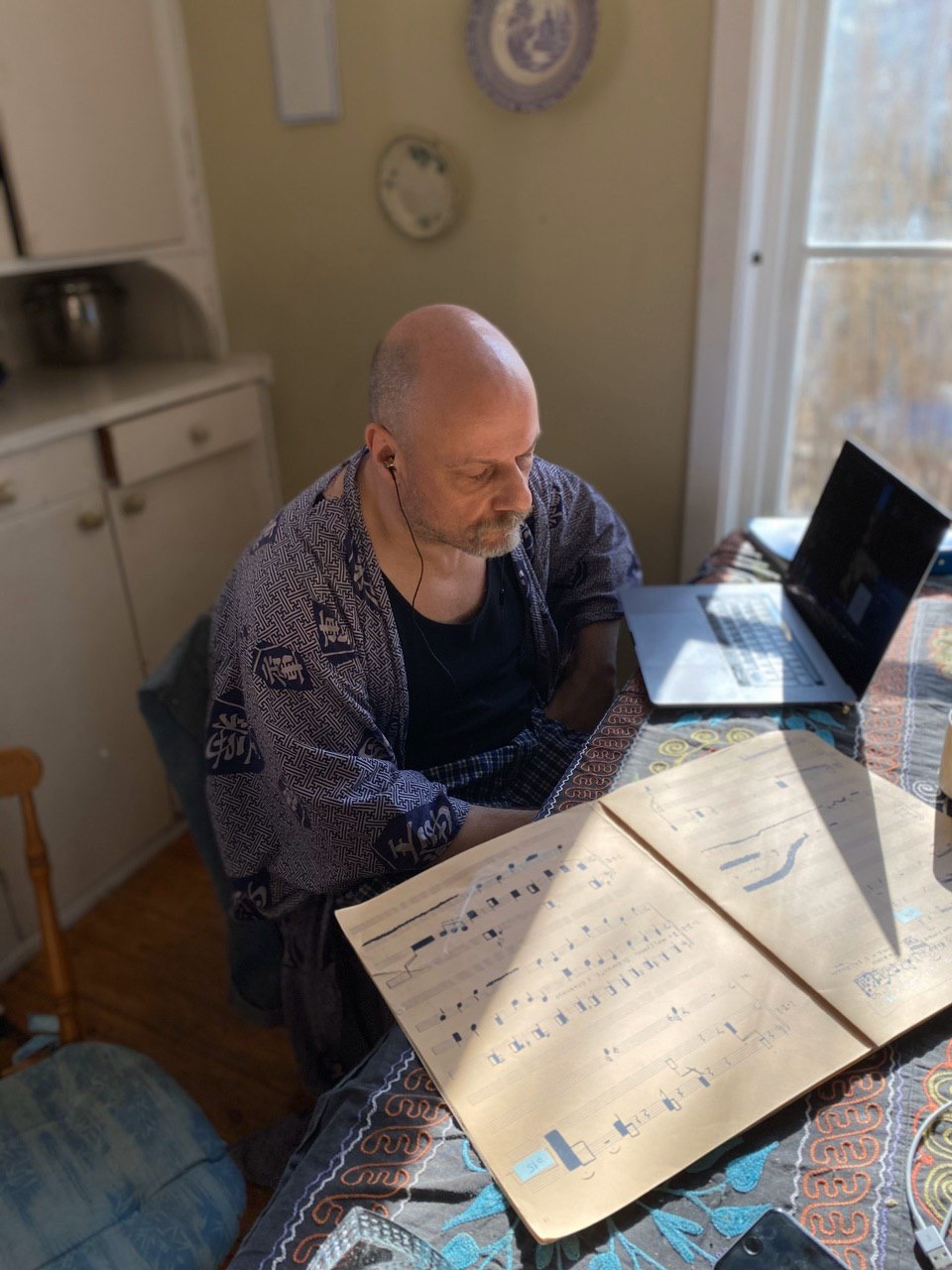 I came into contact with Torsten Nilsson’s music as a 14 year old. The same year I had discovered Alban Berg and Wozzeck with which I had become almost obsessed, but in Torsten Nilsson I found an expressive width which went even further, flooring me completely. I identified myself with the temperament and with the weird; I listened, studied his works and recordings and practised, and after a few years I gathered my courage and contacted him.

The very first thing that happened when we finally met in Oscar’s was that I got told off - for also having music by other composers on the organ bench. After I quickly explained that this only was for familiarising myself with the organ he calmed down, and after I had played one of his compositions his face brightened and he became interested and even talkative - an immense relief, after that introduction, to an at least as hyper-neurotic 20-year old (it’s slightly better now). After a time I got my own key to Oscar’s and we became friends. I assisted at many concerts and recordings of Torsten’s music, and I held organ seminars and concerts here with works of the students of the composition class of which I also was a student at the Royal Academy of Music.

During this time, I was also involved for several years in performing Nox Angustiae under Kerstin Ek’s leadership, and we also performed the piece together in Oscars on two separate occasions, the second time live on radio. Torsten participated each time, sometimes bringing freshly composed variants of certain sections – for instance, a highly dramatic alto solo featuring Anne-Marie Mühle was once woven into Crucifigatur. This was his wont: his choir was frequently met, on Sunday mornings, with a completely new motet written during the night which then was performed a couple of hours later. His music was always a living thing, always in flight, never fixed for ever.

Torsten once wrote in a letter to Kerstin Ek’s chamber choir that one of the reasons he liked my playing was that I play what is in the score. He didn’t at all approve of the interpreter indulging in their own improvisations, as Karl-Erik Welin and others often had done. Torsten’s scores are not “open”, they do not contain an assortment of “material” for completely free improvisation. They describe a very specific flow, always with a clear direction and timing, just like any symphonic score. Playing his music is emotionally demanding, as you have to submit to the expression without reservation yet stay in control, simply in order to be able to play at the most risky psychological edge of yourself. I know of no other music which requires the interpreter to enter such a frenzied, spastic state. For this reason it is of course also strongly cathartic.

Performing the most chaotic and violent sections is also physically exhausting, but part of the technique has to do with not exerting violence on the instrument. On the other hand, you can’t do very many takes. And you would rather avoid cutting in them, since it’s all so strongly about the whole. Crucifigatur was done in one take, Magnificat in two.

A final note on playing Magnificat specifically. I am convinced that a knowledge of the double theme can only be beneficial in making full justice to the piece, simply because it has consequences for the psychology and hence for the playing. A complete interpretation must include the nature of the relationship to the Beatrice with whom it all started, for this is intimate music, even at its loudest. So play it like Tristan.

To the listener: headphones or plugs are a good thing. Turn up the volume so the bass envelops you, for organ music is a very physical thing. Immerse yourself in the sound: this organ has a very particular gravitas.

I’m truly grateful to Oscar’s Parish for the opportunity to make these two recordings. Returning to the extraordinary – and wonderfully brutal – organ in Oscar’s Church is like meeting an old friend again; we simply resumed our conversation exactly where we left off, twenty years ago. And it’s also striking, in retrospect, how this very instrument through its remarkable sonority and power was crucial to Torsten Nilsson’s creativity. This was the orchestra for which he wrote his best works. They sound outstanding here, on this instrument where Torsten himself chose the sonorities, and the notation of course falls into place even more here, literally through the mechanics of the instrument.

And then, it is also a highly emotional experience as I am of course also reminded of how much Torsten Nilsson and his music have meant to me over the years, and still do. The music still holds up, fifty-odd years after it was written. Magnificat is an exceptional love song on every level.

Hooray for Torsten Nilsson, 100 years! He truly was one of a kind, and I’m deeply grateful for his friendship and for what I learnt from him.